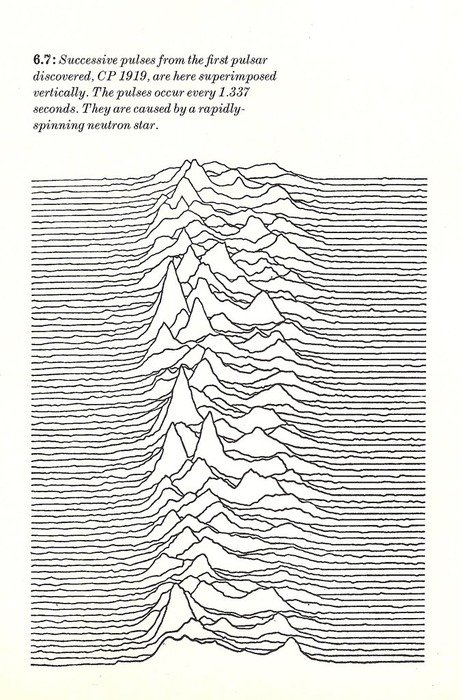 „CP1919 was the original name of the first pulsar ever detected. They originally thought it might be a signal from another world. This quasi-3d graph of the spectrum of the signal was made iconic by being used (inverted) as the cover of the Joy Division album Unknown Pleasures. It’s a really good album, if you’re down for something morose.“ (via vector vector)